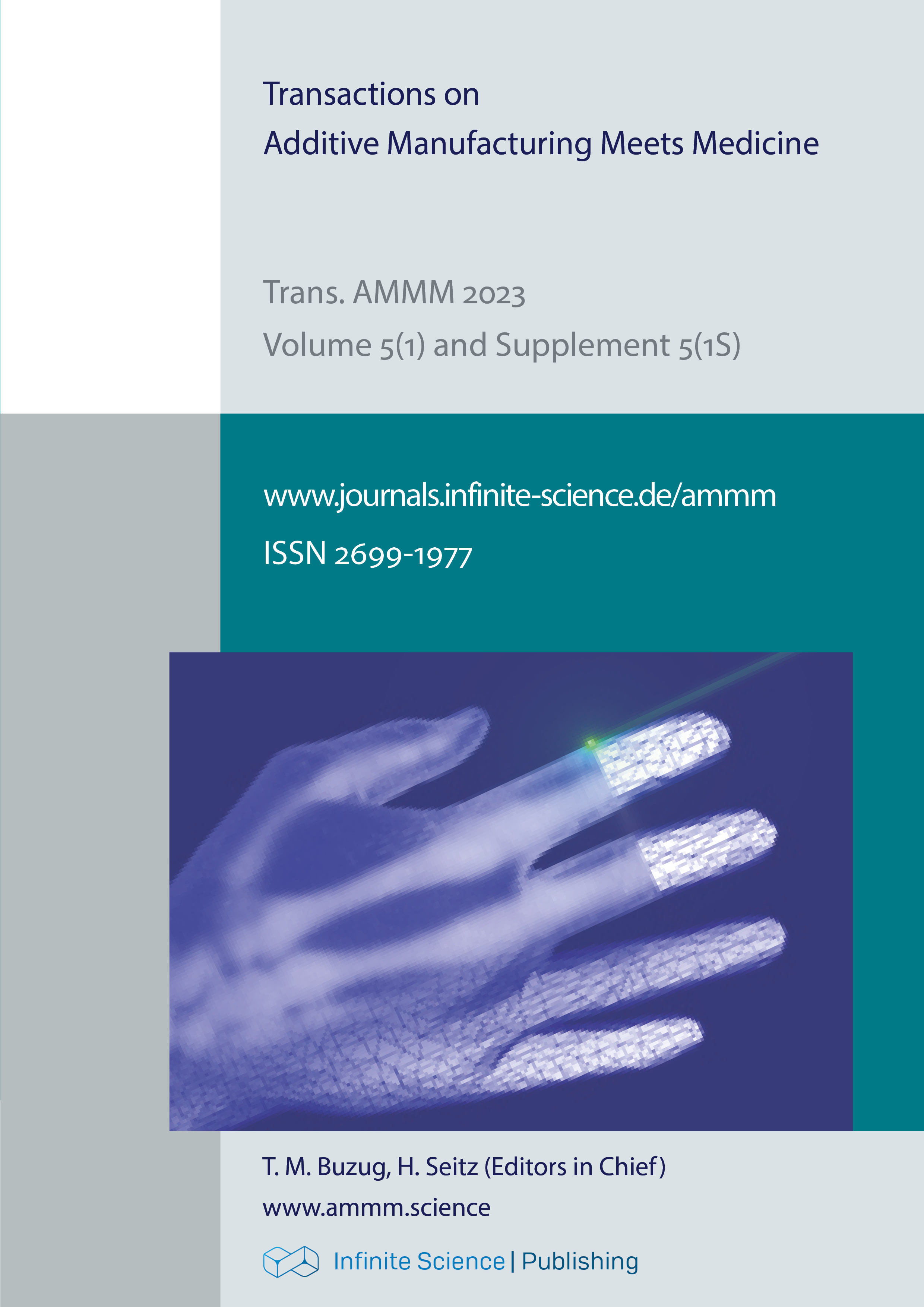 Motivation: Recently, Magnetic Particle Imaging (MPI) has shifted from preclinical applications to the first human-scale prototypes. One interesting medical application for MPI is the detection of stroke, which was already presented in a preclinical mouse model. Since the prototype was not yet designed to meet the electrical safety standards, we were forced to investigate the performance of the device on phantoms. To be as close to the human brain as necessary, a static phantom was designed that schematically mimics a human brain with a simulated stroke. To address the dynamic behavior, a second dynamic phantom that simulates the perfusion of a brain was built. Since both phantoms are too complex to be built by subtractive manufacturing, 3D printing technologies were used.

Materials and Methods:  The phantoms were designed using CAD software (Solidworks, Dassault Systems). The static phantom consists of two hollow bodies, which together represent the two hemispheres of the brain. Additionally, the left hemisphere has a gap to simulate the stroke. Since a stroke is characterized by a reduced blood flow of different strength, 42 ml large parts were printed which can be inserted precisely into the gap. The dynamic phantom consists of two 50 ml tubes, which contain hollow rods with ten 1 mm holes facing to the outside of the rods. The remaining space is filled with glass spheres to simulate tissue perfusion. The finished designs were printed with an Ultimaker 3 and a Form 2 printer.

Results and Discussion: With both phantoms initial experiments were successfully performed and perfusion values were measured which are similar to those found in literature.

Conclusion: With the used phantoms, the systems performance could be tested in vitro with close relation to the medical scenario.